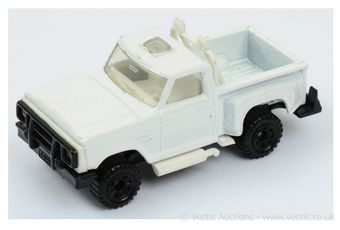 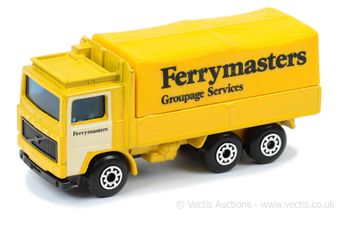 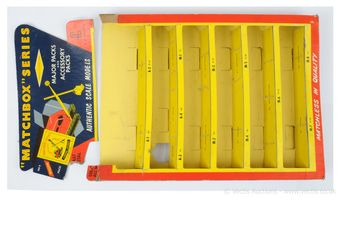 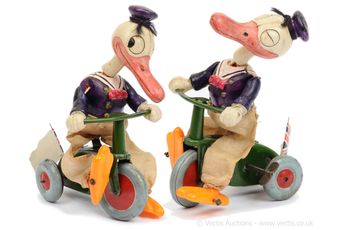 Lot Lot 5336
Paradise Toys (Japan) scarce celluloid Donald Duck figure riding a tinplate clockwork Tricycle, made in the 1930's for the British market, the motor is in working order with integral key and includes the fluttering Union Flag to rear. The figure still has the "Paradise by permission of Walt Disney Mickey Mouse Limited" and inspection labels to rear, the celluloid Donald Duck figure has a painted hat and shirt, he appears to be winking, and still has his fabric trousers. Some light age related wear but otherwise a Good Plus scarce example which has survived remarkably well, 5"/12cm high.
Estimate: £140 - £180 Sold For: £300 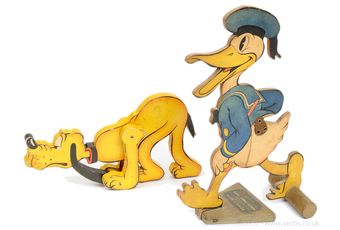 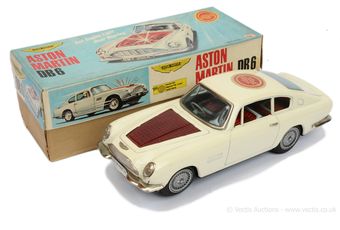 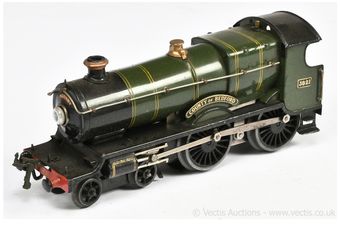 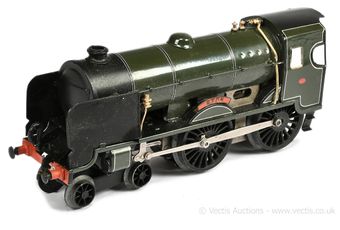 Lot Lot 5447
Hornby O Gauge electric "Eton" 4-4-0 Locomotive in Southern Railway green, with centre pick-ups, lacks its tender and has had some use otherwise generally Good for display.
Estimate: £50 - £70 Sold For: £200 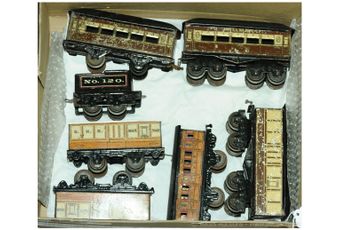 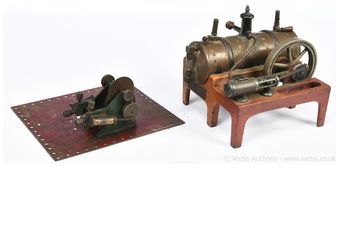