The General Toy sale to be held on the 15th of November starts with a number of Trade Box lots including Austin Powers, Masters of the Universe, Barbie, Rupert Bear, TMNT and many others. The sale will also include lots from Corgi, Dinky, Matchbox, Paragon Models, Minichamps, Danbury Mint, WSI, Lledo and EFE plus many more. There are groups of Corgi Aviation Archive; The original Omnibus Company; Trucks; motorcycle, Formula 1 and other Kits; and military vehicles. There are also large groups of Jigsaws, including mainly “Wasgij” puzzles; board games, Warhammer games, collectors’ books and magazines, and cabinets, plus much more. 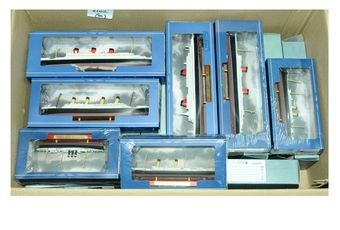