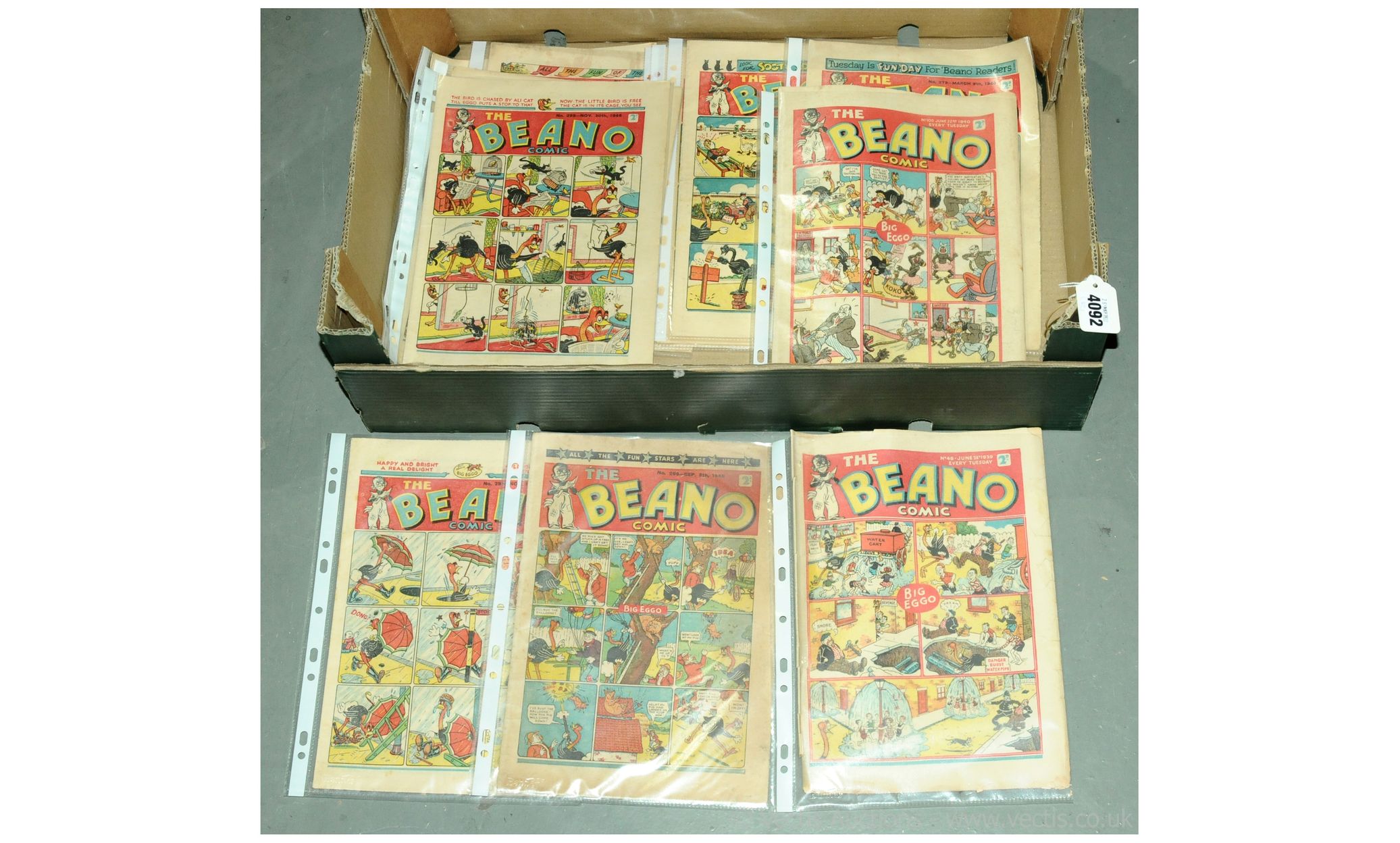 The Beano a group of early vintage “The Beano” comics which include 2 x early wartime issues (2nd world War) which are hard to find due to the paper shortage during the war and comprising of 1 x 1939 issue, 1 x 1940 issue, 1 x 1945 issue & 9 x 1946 issues and includes no.48 June 24th 1939, no.100 June 22nd 1940, no.266 September 8th 1945, no.297 November 16th 1946 along with others. Very early Beano issues are highly sought after and hard to come by now and these are no exception and include comics strips and comic characters such as “Tin-Can Tommy”, “Polly Wolly Doodle”, “The Magic Lollipop” along with others. Conditions all generally appear to be Fair with the majority appearing to suffer from age related wear and tear such as split/torn spines, corner and edge wear, flaking, page foxing, creasing and other similar age related wear and tear which is very familiar with comics of this age. Considering the condition these will still make reader copies. (12)