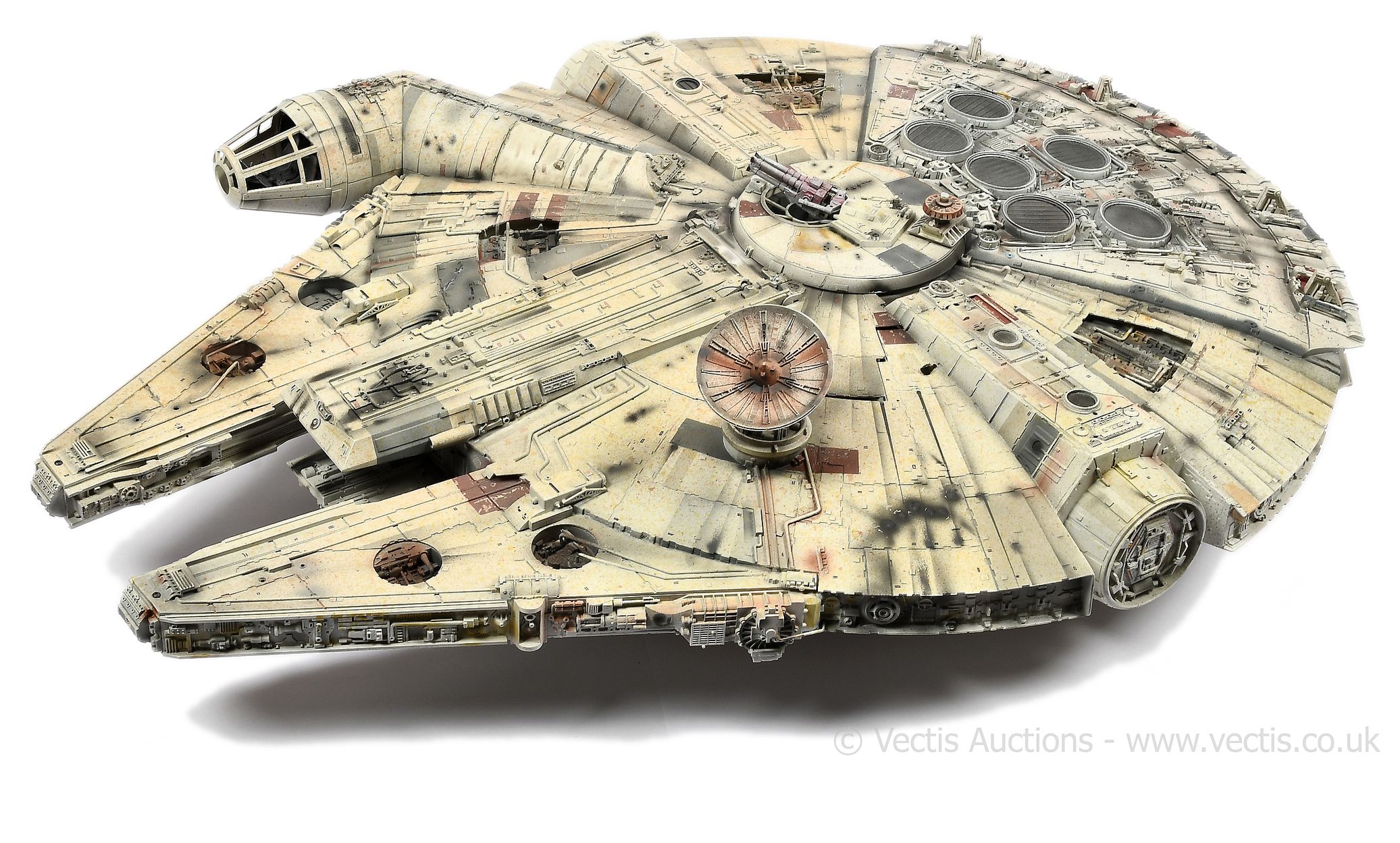 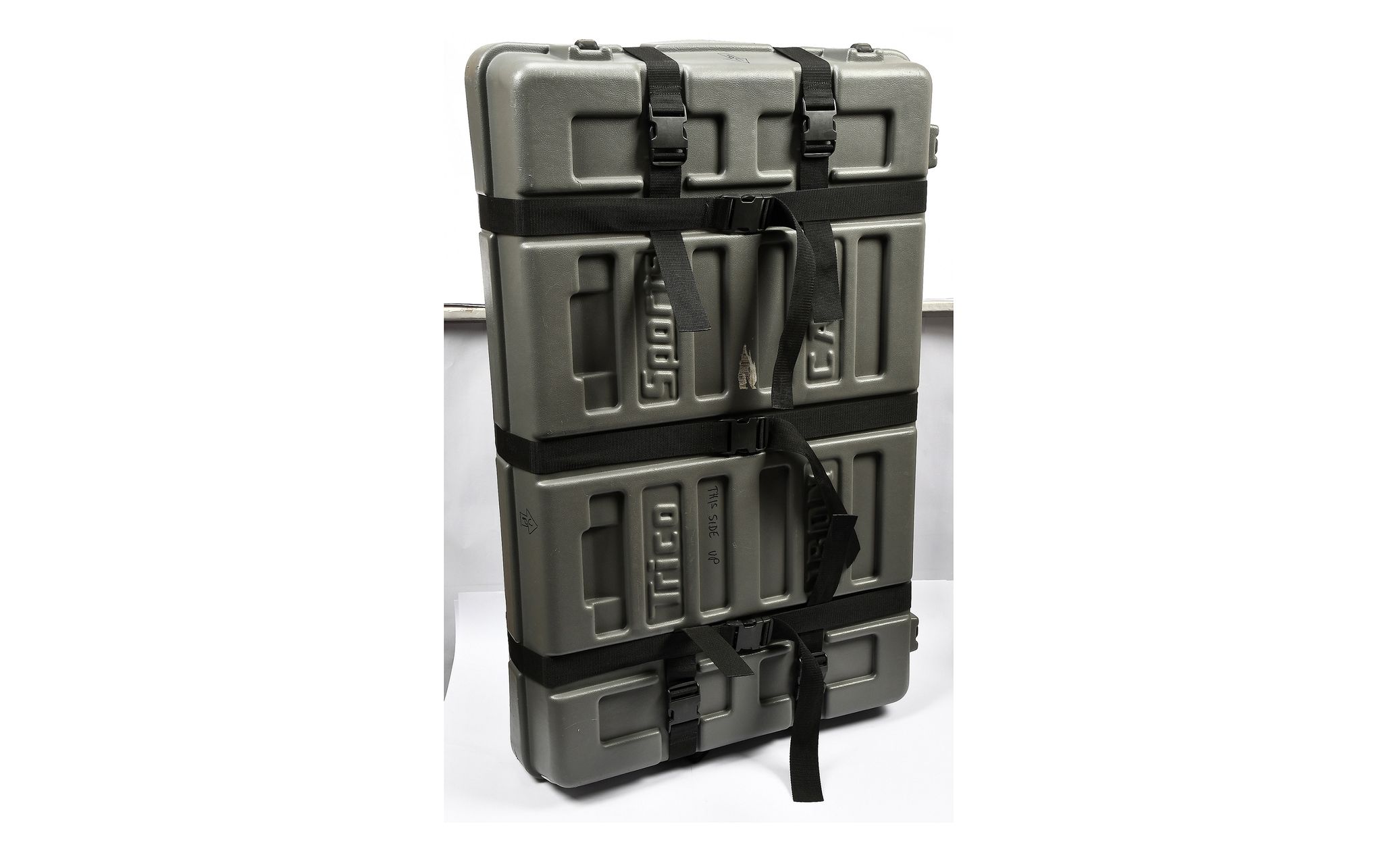 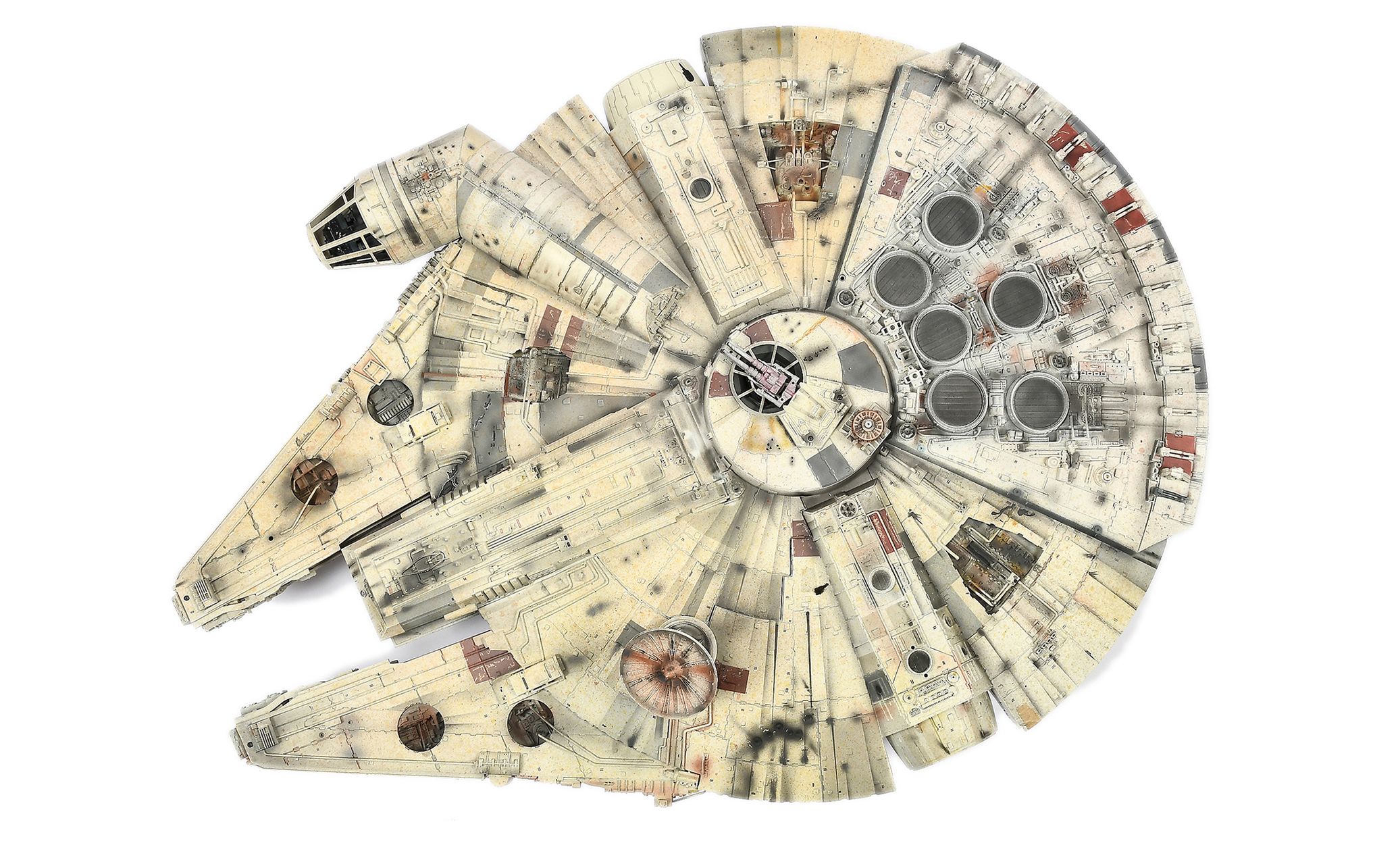 SD Studios Steve Dymszo's Studio Scale DeAgostini Millennium Falcon, length 33" width 25" height 9", highly detailed model made by Steve Dymszo used for promotional purposes, following statement by professional model maker Steve Dymszo "so this is the DeAgostini kit with about 150 replacement parts. I used parts from Shapeways and original model kit parts to replace some of the kit. I also added about 30 missing parts the we didn't catch on the MR version, because they had fallen off before we got them, I also removed all of the molded screws and used real screws across the surface of the model. The paint job to about 120 hours and there's probably about 250 hours in the build, I also added about 50 ultra bright LEDs to the engine and the binding!. The cockpit is a Shapeways replacement, because the kit cone was really bad. I worked with the factory to try and fix it but they messed it up more, so I gave up. All of the ILM signatures are on the model and i copied each person's writing style to make sure they were accurate. Every mark is exactly where it's supposed to be. There are no incorrect placements. I plot out the position of each mark and streak is exactly where it's supposed to be. I also filled in and re-sculpted all of the incorrect kit blast marks and added all the missing ones. I think this is the most accurate Build/paint that anybody has done. Thank You", overall condition is Excellent, includes all relevant paper work, a 1 of a kind item. Includes Large Modified Flight case (for transportation). For further information please copy and paste the following link. https://modelermagic.com/sd-studios-steve-dymszos-studio-scale-deagostini-millennium-falcon