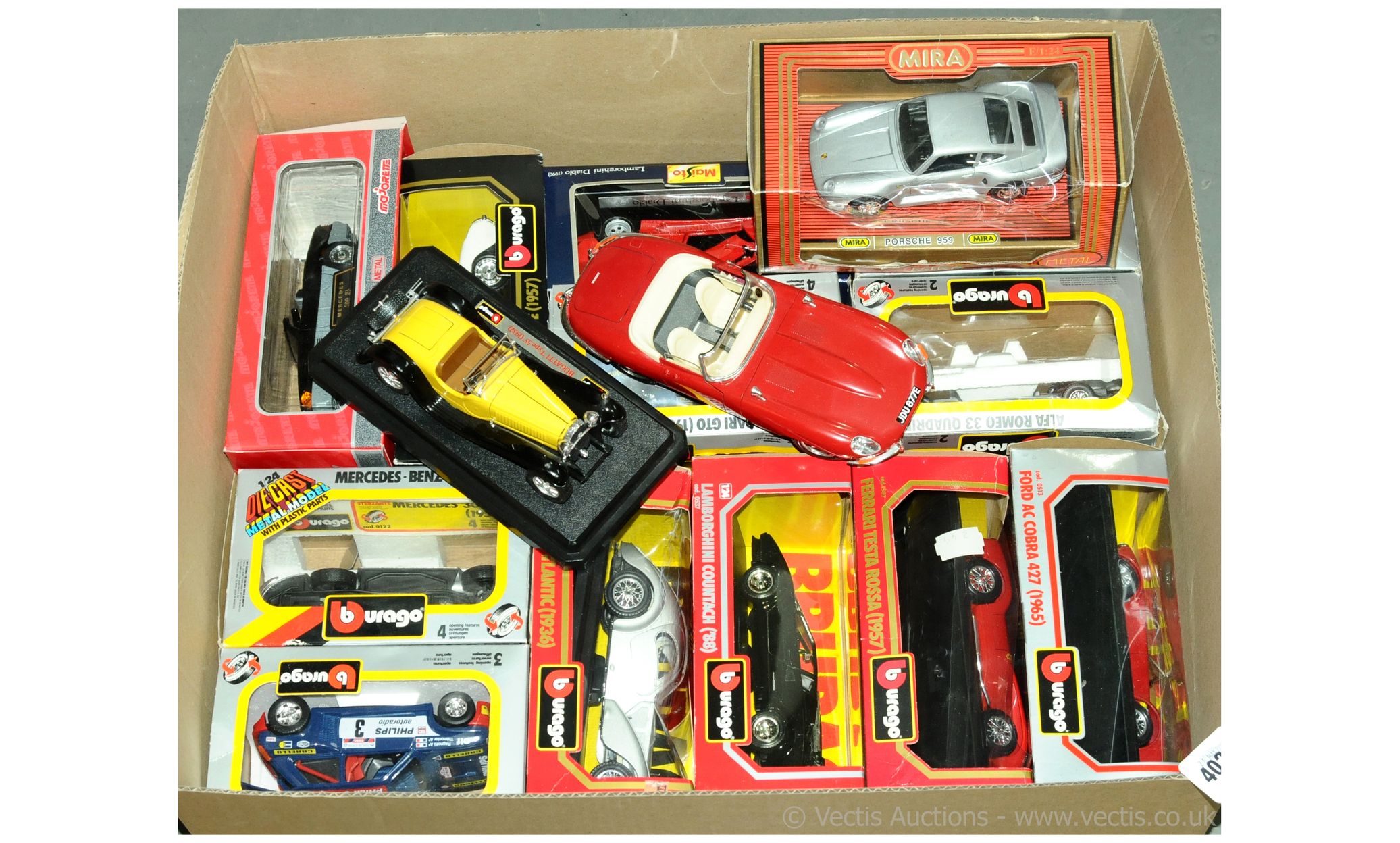 Bburago, Majorette, Maisto & Myra a boxed group of mainly 1/24 and similar scale models to include a Majorette (Club 1/24 series) no.4210 Mercedes 500SL “Roadster”, a Myra 1/24 scale Porsche 959, a Bburago 1/24 scale 1524 Chevrolet Corvette (1957), a Bburago no.0122 Mercedes-Benz 300 SL (1954), a Bburago 0160 R5 Turbo “Monte Carlo” along with others. Conditions all generally appear to be Good although most models do appear loose inside packaging therefore may have more smaller delicate pieces missing, broken off or loose in generally Fair outer window boxes (please note the majority of these boxes/windows do suffer from crushing and splitting along with other damage along with most having old price tickets attached with none being checked for completeness). Also to include in this lot is 2 unboxed Bburago models comprising of a 1/18 scale Jaguar ‘E’ (1961) & a Bugatti ‘Type 55’ (1932) with both generally appear to be Fair to Good but both do appear to have smaller delicate pieces broken off i.e. door handle and wind mirror and possibly more. Quantity (15)