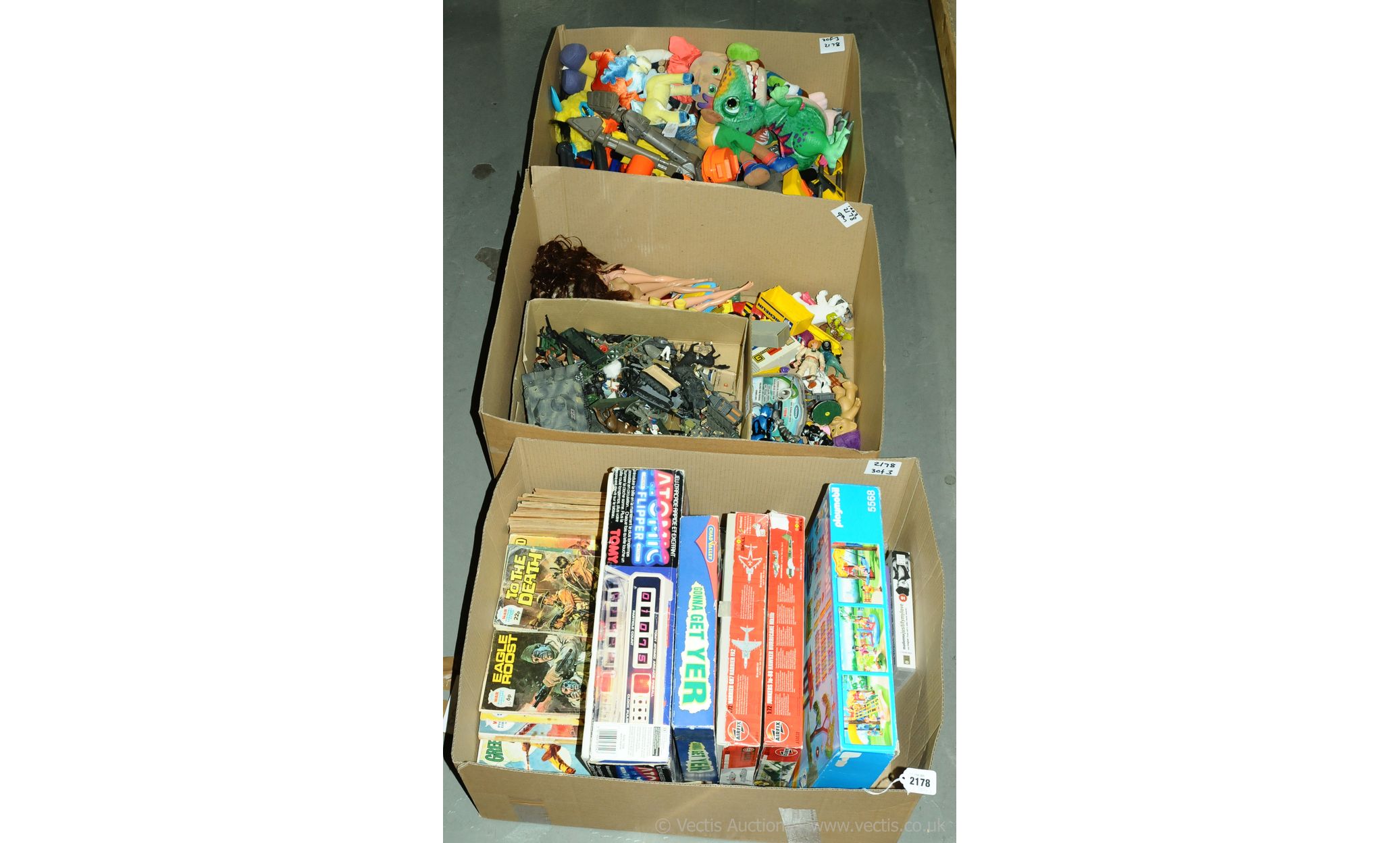 A mixed lot comprising of a quantity of Soft Toys

A mixed lot comprising of a quantity of Soft Toys, Nerf Guns and Accessories, Play Figures such as plastic Dolls, Power Rangers figures and similar, along with Board Games, plastic Model Kits and similar which includes 2 x boxed Airfix plastic model kits 1/72nd scale comprising of a Junkers JU-88/Hawker Hurricane (Dog Fight Doubles), Airfix (Club Edition) Harrier GR7 which both generally appear Good with parts still being bagged although not checked for completeness or correctness in generally Fair outer boxes, a boxed Chad Valley "Gonna Get Yer" board game, 3 x Madonna video cassettes which includes "The Virgin Tour" along with others, a quantity of War Picture Library comic books which includes "Heroes Never Die", "Eagle Roost", along with others. Also to include in this lot is a box of loose plastic Military figures and vehicles comprising of Tanks, Guns, Soldiers and other interesting items which all generally appear Poor to Fair. Conditions of everything in this lot generally range from Poor to Good with nothing being tested or checked for completeness or correctness in generally Fair to Good outer packaging where applicable. (qty in 3 cardboard boxes)